How To Pick The Right Backpacking Tent 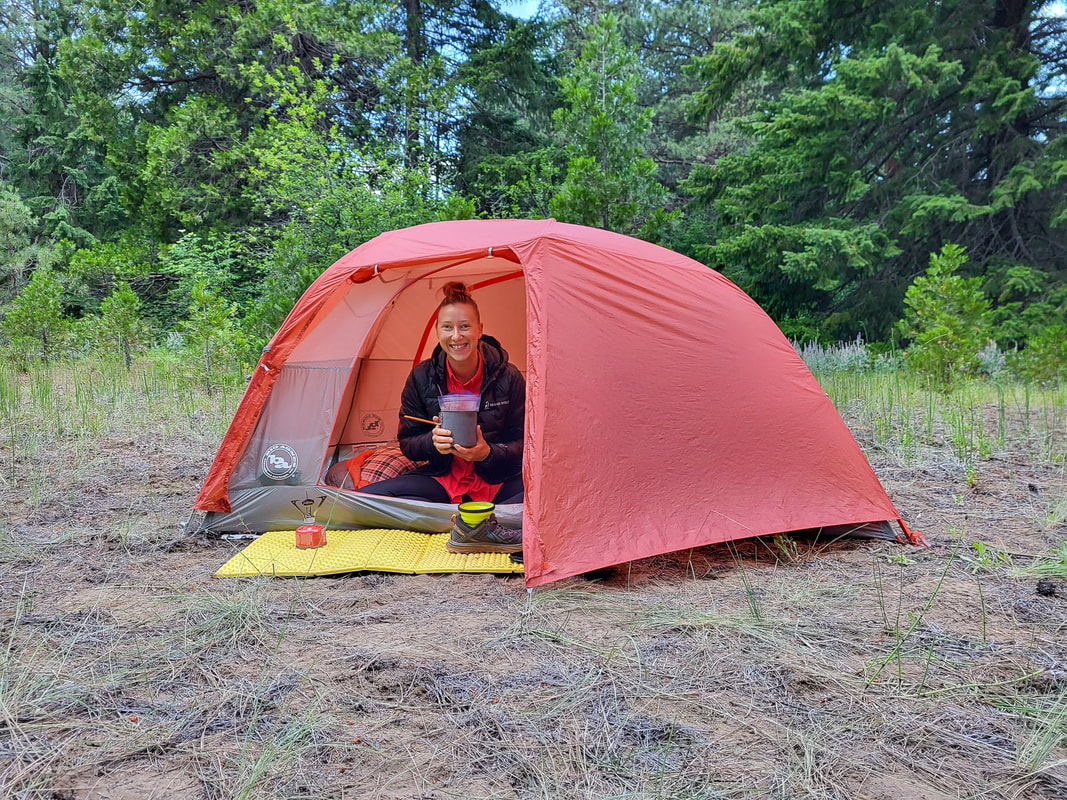 Are you backpacking with a spouse or a partner your kids or your dogs? Backpacking tents usually range from a one to four person capacity the larger tents that are like four plus people are generally not considered backpacking tents just because they're so heavy they're so large at that point they would be more like car camping tents.
​Personally I prefer a little bit extra room so I have purchased a two-person tent (Big Agnes Copper Spur). I do have experience with one person tents and I just feel that even as a smaller person (I'm only 5'5) there just isn't a lot of room in a one-person tent for yourself, once you set up your sleep system and if you want to put your gear inside the tent like your backpack and maybe your shoes it just doesn't leave a lot of room to move around. So I prefer a two-person tent and I have a lot more room for all my gear. 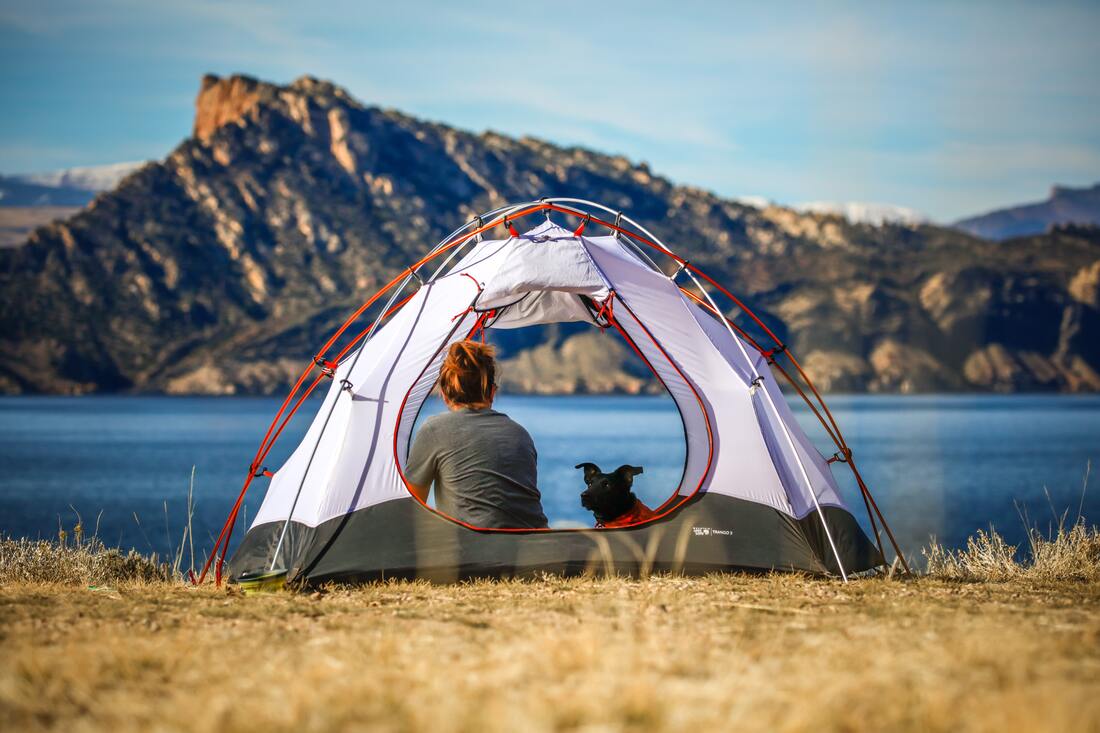 What seasons are you going to be backpacking in?

A lot of tents that you'll come across are considered three season tents which means they're suitable for spring, summer and fall. They're usually a bit lighter weight because they have lighter weight fabrics, more mesh panels etc. And the poles are usually a little bit lighter as well because they don't have to be as durable. Whereas the four season or even a mountaineering tent, has way more durable fabric as well as the poles are heavy duty so it can withstand high winds as well as snow loads. A three season tent is not meant to withstand a snow load, so if you go backpacking and it snows a foot, your tent can very easily collapse just because it is not meant to hold that snow load.
​A four season tent or a mountaineering tent will definitely hold that snow load and you'll be totally fine to camp in the winter time. A mountaineering tent also generally has a more rounded shape to it so that it is more durable in the wind and because the material is more heavy duty, it tends to weigh a little bit more so that is something to consider if you're going to be doing a lot of winter and snow camping or mountaineering you'll just have to keep that in mind that your tent is just going to be a little bit heavier. 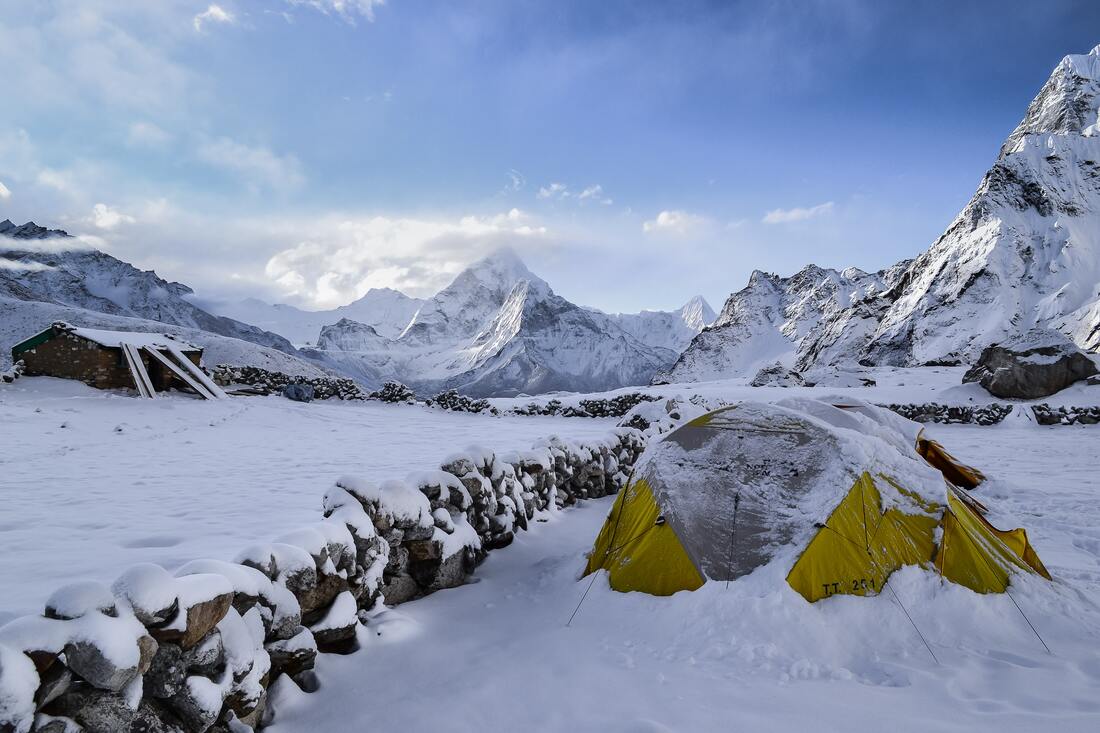 Weight of the tent

Weight is also something to consider when picking out a tent. There are ultra light tents (like Zpacks, Six Moons Designs and Outdoor Vitals), mid-range weight tents (Big Agnes, REI and Nemo), and then of course the heavier duty tents like mountaineering tents (MSR, The Northface). Other shelter options include hammock tent setups or a bivy sack.
While I like to keep my backpacking weight down, the weight thing didn't really factor into my decision on what tent I purchased. I have the Big Agnes Copper Spur UL2, so it's a two-person tent and it is just a little bit heavier. But I wanted some certain features in a tent and so it didn't really matter that it was a little bit on the heavier side versus some of the other Big Agnes tents like the Fly Creek or the Tiger Wall. 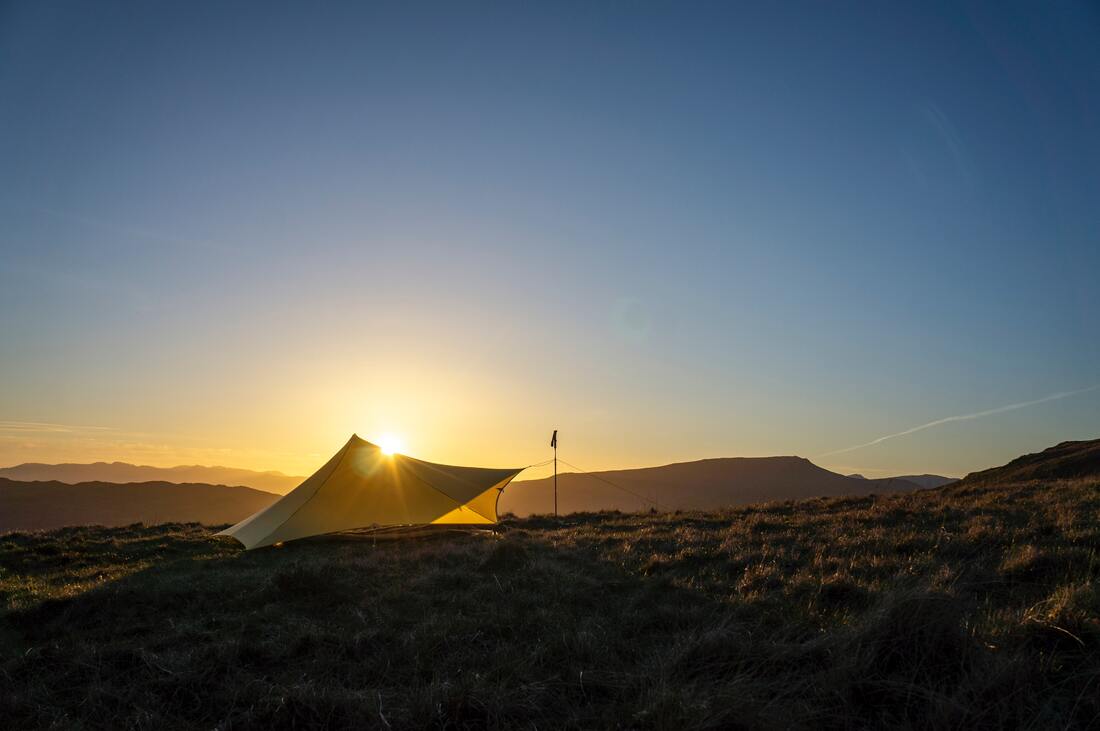 Livability of the tent

There are times when you will be stuck in your tent. A summer storm can move in quickly and leave you stuck in your tent for hours. Having your tent be a little bit more of a livable space really can make a difference. Floor dimensions, the headroom space, the general shape of the tent, they all make a difference.
Something that I found to be really important to me, was having two doors in the tent. The Big Agnes Copper Spur UL2 has two doors, one on each side. Because it is a two-person tent I can have two people sleeping side by side and each person has their own door and vestibule which is super handy when storing gear and getting in and out of the tent. You don't have to crawl over the other person if you have to go pee in the middle of the night. Having two doors actually makes the setup of the tent much easier as well, versus one door where you have to basically set up the tent so that you can go in and out of this very specific spot every time. Having two doors makes it easy if your tent spot is a little bit awkward you have a choice on what side you can get out of. 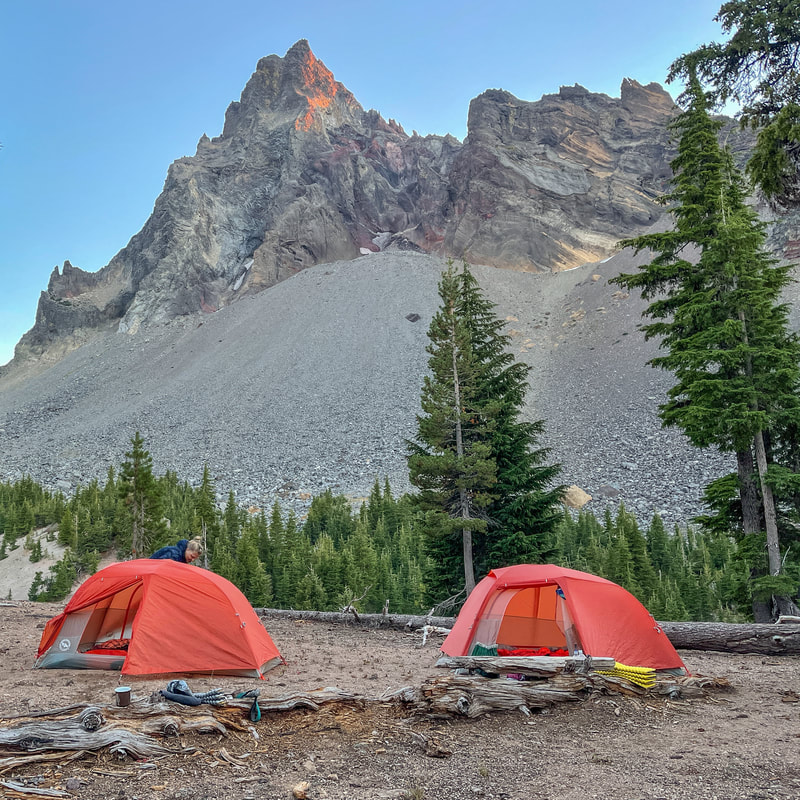 What style tent do you want?

Do you want a free standing tent? Do you want a trekking pole tent? Do you want something that you have to stake out or not? These are all things to consider.
If you are primarily backpacking in areas where staking out a tent is quite difficult, whether it be because you're on rocky ground or you're basically camping on granite or even camping on sandy surfaces, it is really difficult to stake out a tent in the sand. For me, I really enjoy having a freestanding tent option because there are times where I am camping on rocky surfaces or in sand. Now freestanding tents are generally not the most lightweight options so that is a downside of having a freestanding tent.
Some of the most lightweight options are going to be trekking pole tents (like the Outdoor Vitals Fortius and the Zpacks tents) because you don't have to take extra poles, you already have your trekking poles for hiking and they act as your poles for the tent. Then all you have to do is stake it out. These types of tents do require quite a number of stakes, so if you are taking a tent like that it is really important that you're in an area where you can stake it out properly.
​And then there are tons of tents that are somewhere in between a trekking pole tent and a freestanding tent. There are a lot of tents that have just a few poles but you do have to stake out points of the tent for it to stay and well or be comfortable so there's definitely a middle ground and I would say most of the tents that you're gonna find at REI and places like that are going to be somewhere in that middle range. (Some options would be any of the REI tent ranges like the Half Dome or the Quarter Dome tents, as well as the Big Agnes Fly Creek series). 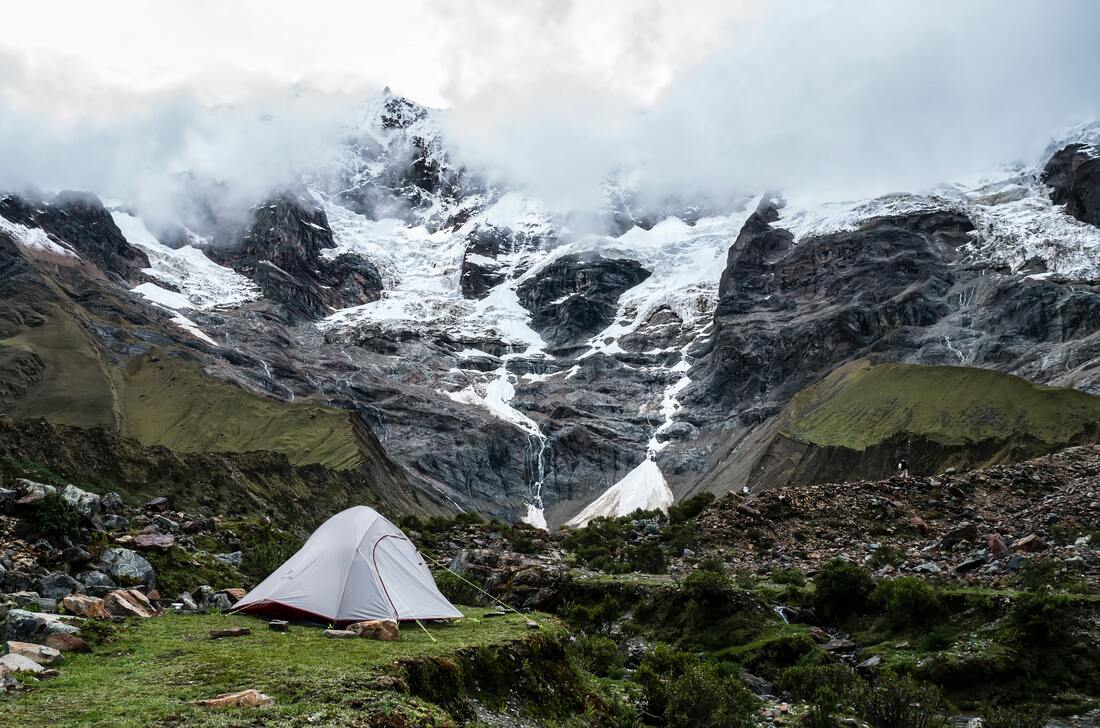 So after putting together your list of priorities and what you are looking for in a tent, there's always a price range to consider. Backpacking tents can range anywhere from about $150 (there are cheaper backpacking tent options available on Amazon, but I'm not sure if I would go that route - I don't know how long they're gonna last so REI is probably a safer bet just because of their awesome return policy. That way if you end up going backpacking once or twice and you just don't like it you can return the tent or if there's something wrong with the tent you can return it and you didn't waste your money). And then some of the ultra light trekking pole tents are upwards of $700 to $800 so that is probably not a tent I would consider if I've never gone backpacking before. I would definitely get something where you could return it if you really hated backpacking so unless you just have a ton of money sitting around and want to throw it at a $800 tent I probably wouldn't purchase a tent like that for your very first backpacking experience. 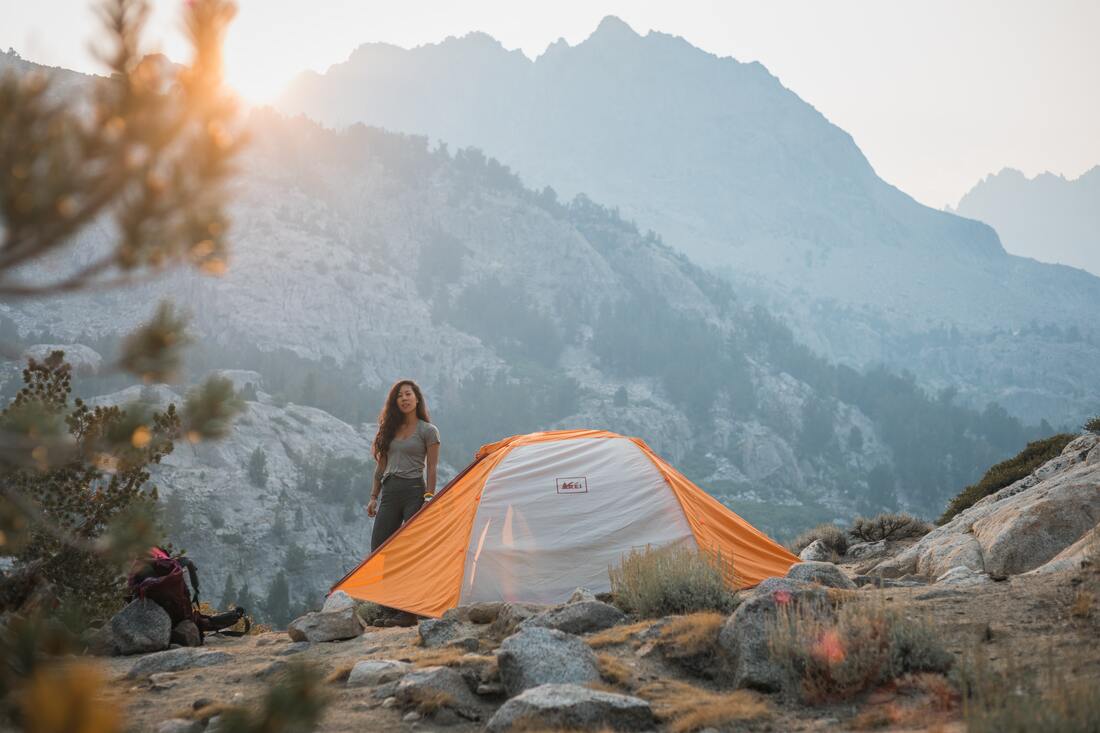 *Disclaimer: The trail descriptions, mileage, GPS tracks and difficulty ratings depicted on this website are never 100% accurate. Always hike at your own risk, using your own knowledge, equipment and common sense. Franziska Weinheimer/Hike Oregon are not responsible if you or anyone in your party gets injured or lost while attempting one of these or any other hikes.